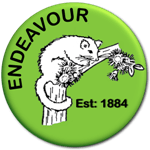 Students in Room 5 complete a 10 minute writing activity each day. Here are some examples of what can be achieved in 10 minutes.

Some sharks and dinosaurs look alike


And they both give us a terrible fright


Sharks we eat and dinos we don’t


because the meteor hit the dinosaurs’ home


Dinosaurs once ruled the earth


Where they stomped around and also gave birth


But today dino’s are no more


Just because of that meteor


Today we have the dino’s bones in museums


Where thousands of people line up to see ’em


We will always remember those dinosaurs


That no longer rule the earth anymore

Now back to those sharks that swim around


In the sea they swim – not on the ground


Sharks can’t stop swimming or rest on the ground


Because their gills will stop and they will drown


Sharks I have to say


But don’t be worried about these creatures


Because next time I will tell you all their features.

In the playground at our school, we have a nature playground. Basically what we do there is build shops out of the resources that we have. Then we find stuff around the school to either put on display or sell it. After we sell it at our shop we get honky nuts, which to us are money.  Recently two of the shops in the nature playground joined together. It was really hard work but it was worth it. On Monday we had a Tug-O’-War to raise money for our shop. It really worked because we charged people two honky nuts each to have a turn. Then the siren went and we went back to class.